If “Plattdüütsch” is a completely different language than “Hochdeutsch” (standard German), then why is it called “German”?

“Plattdeutsch” is closer to Dutch language dialects than to “Hochdeutsch”.
Then why is it called “German”?

We are talking here on the geographic development of German dialects over time. This did not match political development of Central Europe countries.

From a linguist's view the German language is divided into Low German (Niederdeutsch, syn. Plattdüütsch) and High German (Hochdeutsch) along the Uerdingen Line, or the Benrath Line respectively: 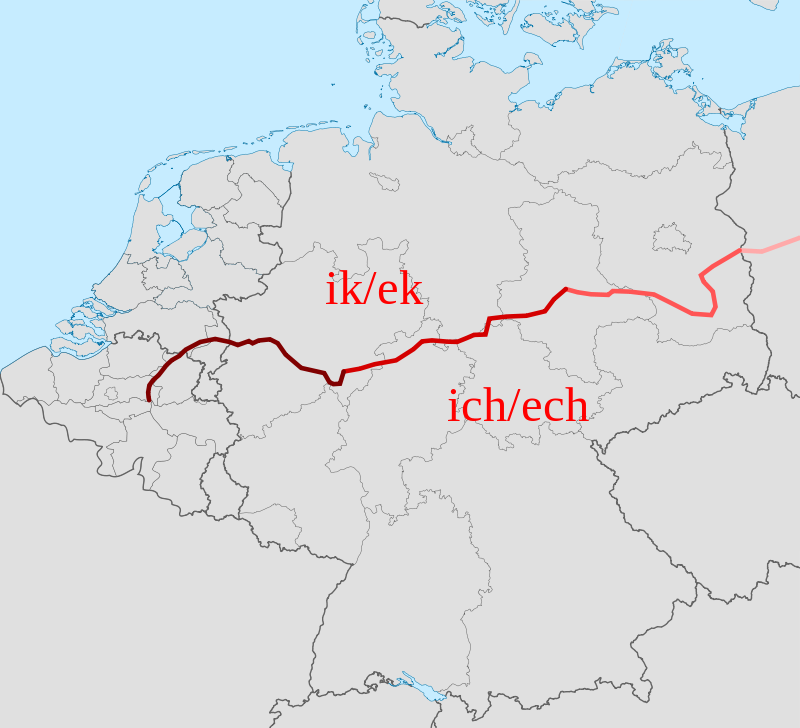 Interestingly the contemporary standard German ("Hochdeutsch") was not developed from Low German but from High German dialects. Today the standard German is spoken more often in the northern half of Germany, where Low German coexists as a second language in the regional dialects.

"Dutch" is a fairly similar language to "German" (Hochdeutsch) and Plattdeutsch is somewhere between the two.

Plattdeutsch therefore is similar enough to Hochdeutsch as to be part of the same language, given that they are part of the same political entity. It is NOT like the difference between English and French in Canada.

The reason no one calls "Dutch" a "German" language is because the Netherlands and Germany are different political entities.

Not the answer you're looking for? Browse other questions tagged dialects regional northern-german low-german or ask your own question.