Some belong to two groups, e.g. "die Ostsee"/"Baltisches Meer". Is the difference between the words purely etymological, or is there a difference in meaning? If so, is it merely oceanographic, or do laypeople know the difference?

I think the usage is loosely coupled to the size of the water body, with Ozean being the largest, Meer coming second, and then See*. For some contradictions of the definitions I give here (and that's why it's only "loosely coupled"), also consult Gigili's answer.

There are very few oceans (Wikipedia lists five of them) and their group is closed, i.e. there's little discussion about what else could be an ocean.

Meer can be used to describe almost any saltwater body that is not a lake. Unfortunately, some saltwater lakes are bearing names with "Meer" in them, such as the "Kaspisches Meer" (Caspian Sea) or the "Totes Meer" (Dead Sea). To add to the general confusion, "Meer" also means "lake" in Low German and Dutch, so there are some (a few) freshwater Meere such as the "Steinhuder Meer" or "Zwischenahner Meer". To most non-locals though, those names sound similarly strange as to non-native speakers.

Concerning the difference between See* and Meer, I think most people don't bother, they just go with the main name for the water body in question and don't take offense if it's called the other way. Conversations like this are perfectly normal:

A: An die Ostsee.

Personally, I would expect Meer to be larger than See* and wouldn't call the Mediterranean Sea(Mittelmeer) or the Pacific ocean (Pazifik) a See*, but that's just a gut feeling.

*female version: if it's not a lake, always use the female article: die See. See Hendrik's answer for more details on the gender of See.

Let me expand on the gender of "See" that Jan already mentioned. It's very important not to confuse der See (the lake) and die See (the sea). One thing you can be sure about: if you hear der See, then always a lake without connection to the sea is meant. On the other hand, some lakes do carry the name Meer, which Jan explained etymologically.

Confusion can also be caused by the synonymous usage of die See and das Meer. You can say both

Both are perfectly OK and mean the same.

Finally let me mention that another word for Ozean is Weltmeer.

I think there's no special differences in their meaning that you can categorize them plus that sea is commonly used as a synonym for ocean. actually, most of them has the word "see" or "meer" in their name: 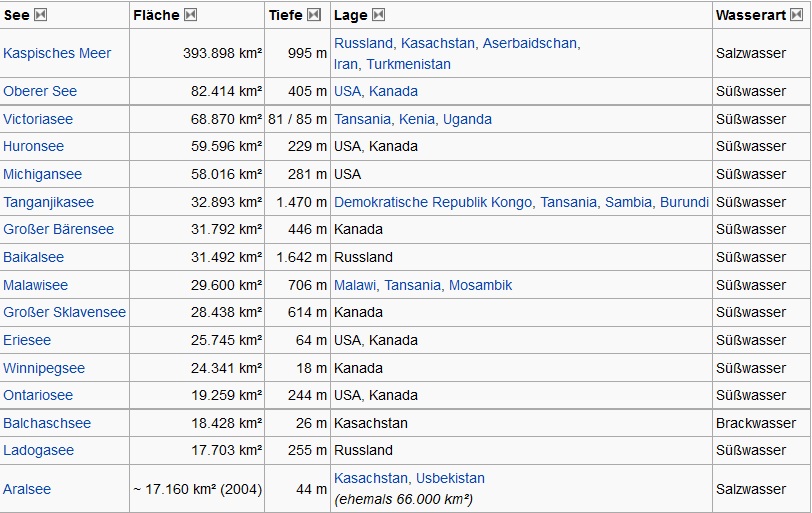 There is no specific difference between ans Meer and an die See. They both mean the sea. And as hendrik also warned please do not get confused between an die See (sea) and an den See (lake). There is nothing more to be confused of. As both of them can be used for sea only, you will have to frame the sentences accordingly.

Not the answer you're looking for? Browse other questions tagged meaning differences or ask your own question.