Are there any mnemonic aids for remembering how to deal with cases for each gender?

I always get confused remembering adjective endings for both definite and indefinite articles. Does anyone know of any phrases/songs that kids are taught at school to help with remembering these?

For example, as a kid I was taught to remember the rainbow colours by:

I don't think that there is any song or poem to remember the case endings. However, I cannot be sure since to prove the absence of something is often much harder than to prove its existence. ;-)

In the end the only mnemonic aid is a table similar to the one that E.V. posted in her/his answer. But: It isn't as hard as it looks at first glance. There are some regularities that can be used to reduce the chart to a minimum.

Differences between nominative and accusative

So the only difference between nominative and accusative which one has to learn lies in the masculine endings.

Consonants as case markers
Some case-gender combinations have a special consonant as a marker. For example, the marker for nominative, masculine is the letter r. You'll see that it is present once in all three declension classes:

Another example: The dative, neuter marker is the letter m:

Of course you then have to know the articles to see when the consonant marker is already there. And even if you see "ah, the m is already present in einem, so the adjective won't need it" you cannot tell if it then has to be große or großen; but at least you then know that it cannot be einem großem Haus.

This is the way I did it. I used this summery and with time I practised, practised and practised. Making mistaked all the time and being corrected. I have no "easier" way to suggest 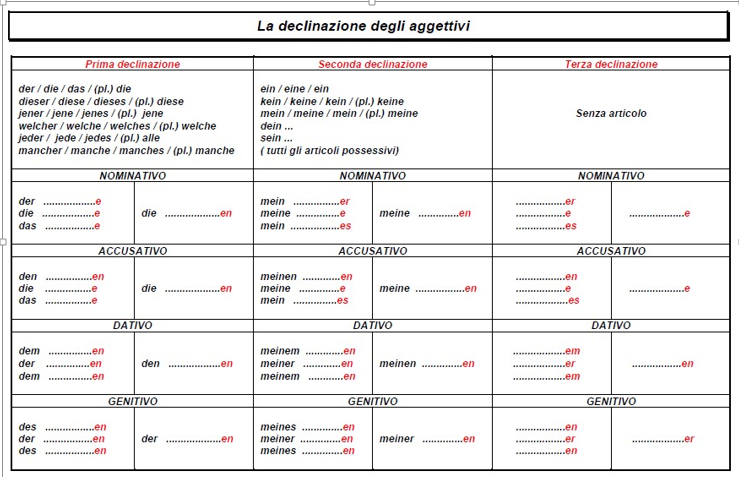 Not the answer you're looking for? Browse other questions tagged grammar grammatical-case learning or ask your own question.