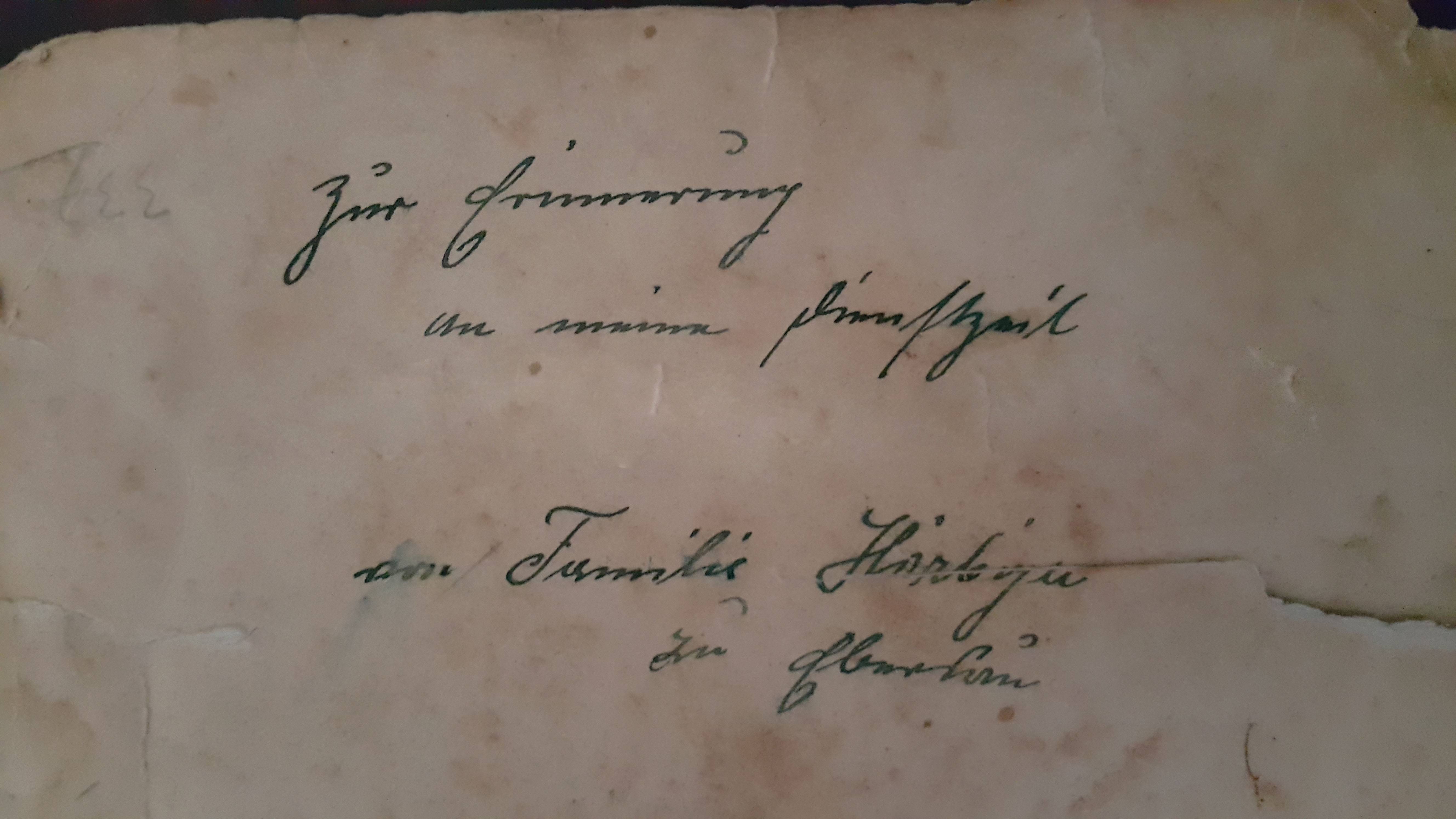 Can somebody help me with this german word. I have this handwriting in one picture. What is name of place

This is found on one picture from my grandfather. He worked in Austria. And this is one place in Austria.

The handwriting is Kurrent and I can recognise the letters as follows:

This would leave us at something like Ebers-nu or Ebers-im, both of which do not look very German. Without more context, it is impossible to tell you anything more about it.

This is the written Text:

Not the answer you're looking for? Browse other questions tagged german-to-english handwriting kurrent or ask your own question.