What does the word on this Bierstein mean?

A family member of mine has an old bier stein with a word written on the front. I studied German, but I have forgotten too much so I can't read it anymore. Can you tell me what is says, or if it's a proper noun? It looks like 'Profil' or something, but I can barely read the archaic calligraphy. 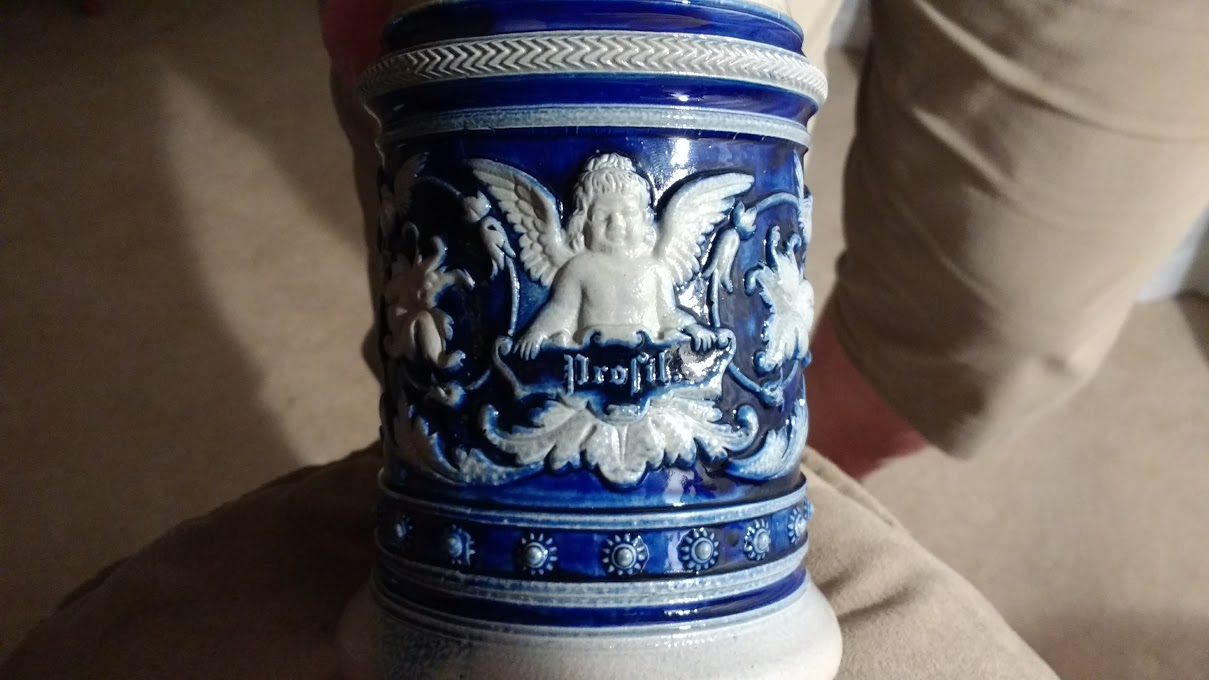 It says Prosit. That’s a toast like “Cheers!” or “Bottoms up!”, so it fits the Bierstein. Prosit has its origins in the Latin verb prodesse, which means to serve (a purpose) or to be useful. The literal meaning would be something like “it (the drink) shall be useful (or beneficial)”. Today, mostly the shorter form Prost is used.

The word is written in the old Fraktur script of the Latin alphabet. In today’s German writing, two forms of the letter s are used: The “normal” s and the Eszett or sharp s, ß. Fraktur offered a third form, the long s, ſ. The Prosit or Proſit on the Bierstein is written with that glyph.

The 4th letter is a »long s«. German used to have three different types of s:

German had special orthographic rules for the usage of those three letters. For more details see https://en.wikipedia.org/wiki/Long_s

Today German has only two kinds of s (»s« and »ß«). When ever the long s had to be used in fractur writing, you use the round s now.

But this is only true for German German and Austrian German. In Swiss German also the ß is obsolete, so in Swiss German you use only the letter s. The rules are:

This second rule (ß -> ss) can also be used if you write all UPPERCASE (becasue there is no uppercase »ß« in Standard German), or if you have tecnicalProblems with »ß« (i.e. when using a non-german Keyboard).

Not the answer you're looking for? Browse other questions tagged meaning blackletter or ask your own question.