I saw today this picture: 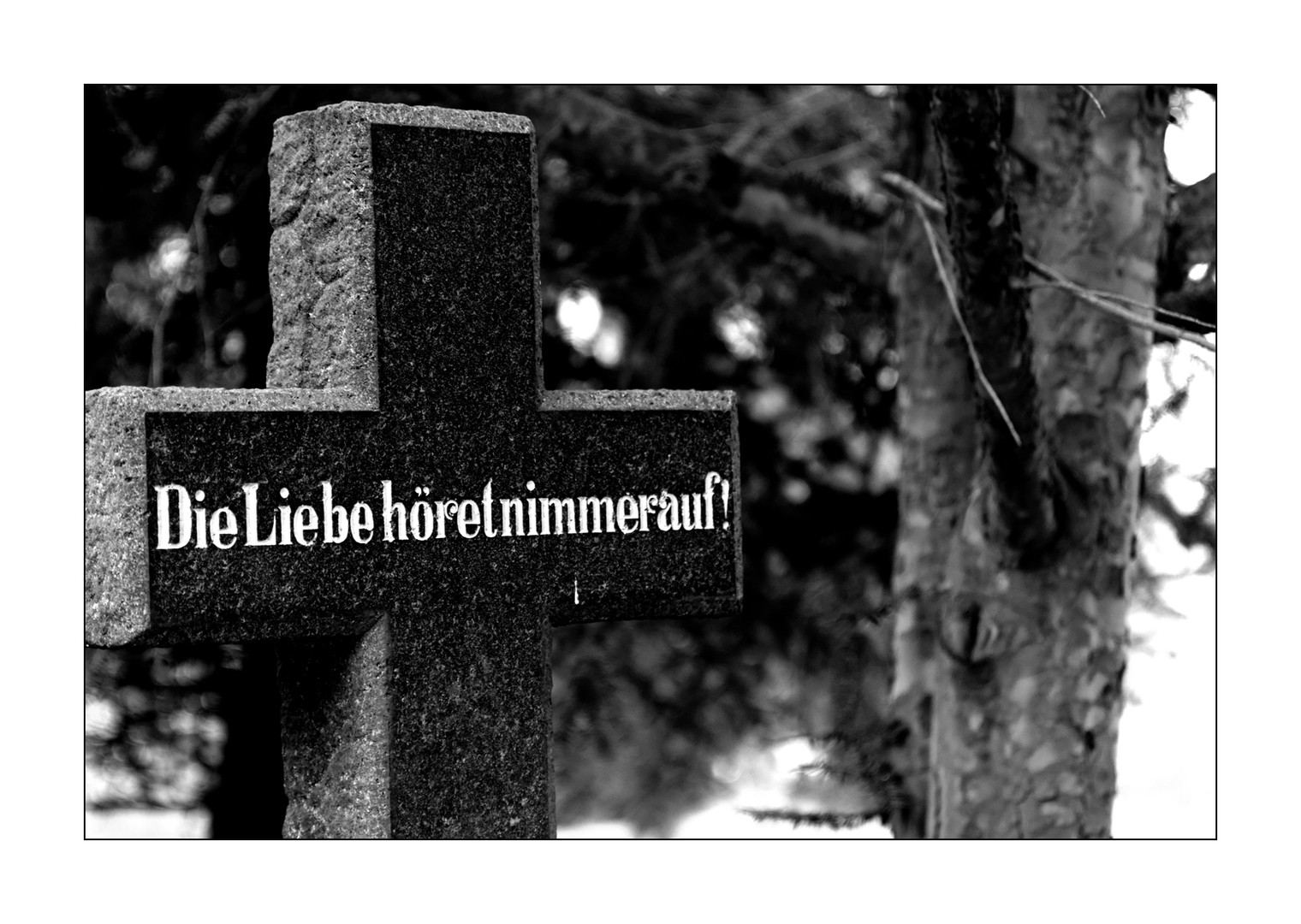 This does not seem to be any verbal form from aufhören. What is this expression?

A modern way of saying this sentence is "Die Liebe hört nie auf".

Up until approximately a century ago, it was common to include much more e’s in writing verbs than nowadays. Verb forms that today would be written Xst or Xt, where X is any consonant sound, where often spelt Xest or Xet instead. In long gone times, there was probably a shwa to separate the consonant cluster which has since been reduced to sheer nothingness. By readding that shwa into one’s spoken language, one can nowadays create a very dated or very religious feeling — the latter because, naturally, many old Bible translations preserved said written e. Thus, höret is nothing more and nothing less than a dated spelling of hört. Similarly:

Likewise, the word nimmer is a dated variant of today’s nie although it is also a contemporary southern colloquial form of nicht mehr/nie mehr. While your example would make sense using nicht mehr, I would assume that the intended meaning is in fact nie.

Putting it all together, in contemporary German the grave would read:

In no case has the meaning shifted, only the spelling of one word and the use of the other is dated.

13
What does “auf Habacht” mean?
1
Expressing “X of Y” or “Y's X”
9
What is “Hacke, Spitze, eins, zwei, drei”?
5
Expression “from scratch” in German
10
What does »an der Hacke« mean?
8
What does 'Nummer' refer to in “Auf Nummer sicher gehen”?
4
Use cases and explainig for “Mahlzeit”
2
Meaning of “stehend inne”
3
German expression for “learning by ear”?
6
German word/expression meaning something like “breakfast engineer”?