Bought a silver cigarette case with this engraved on it: 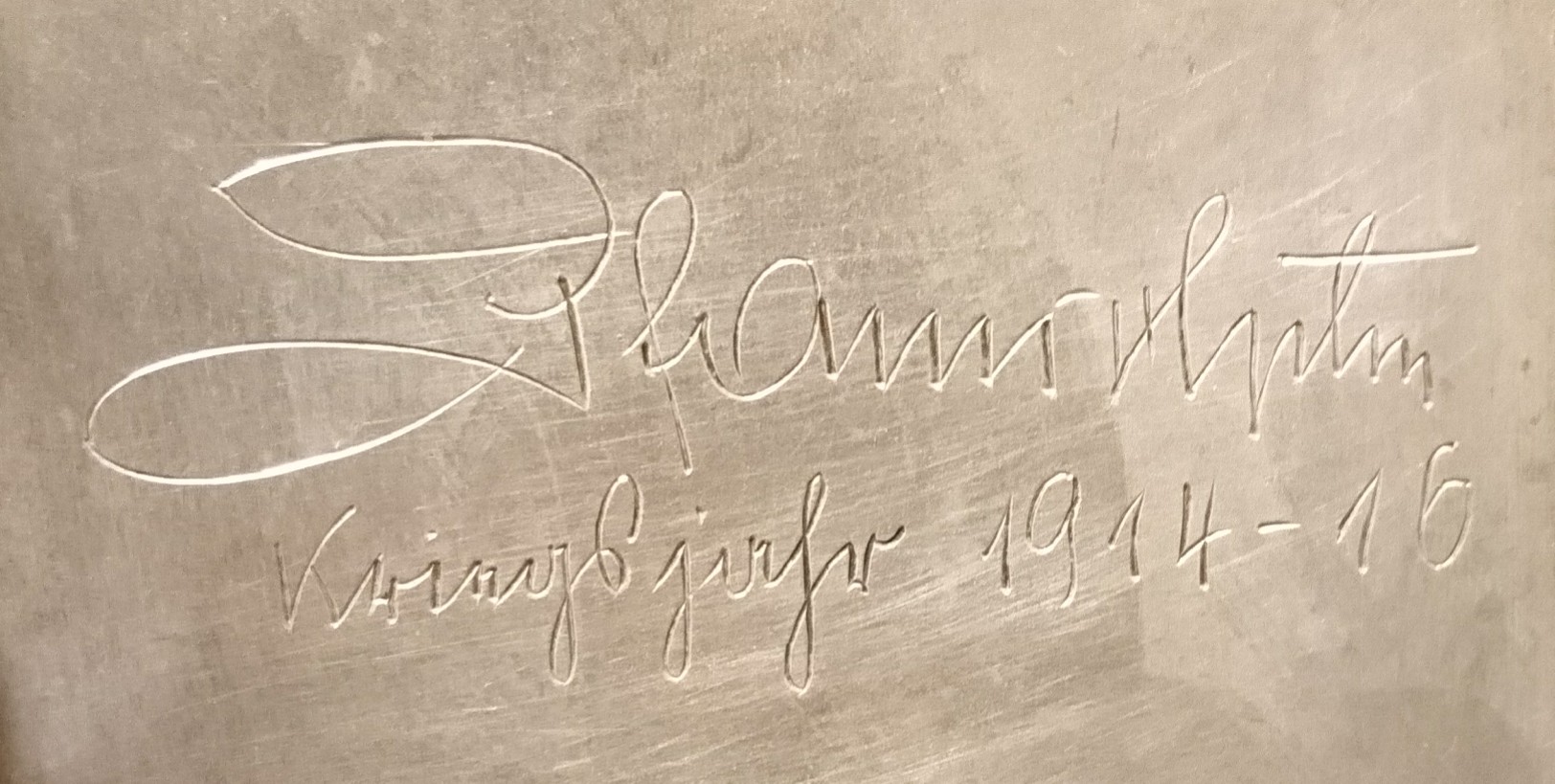 I tried to translate it myself, but I don't know the language at all and couldn't really match up any letters.

I believe it's German because the case has a German Silver hallmark.

Hptm is the abbreviation of Hauptmann which is Captain.

The second line is

EDIT:
As asked in the comments: according to the german Wikipedia article it was usual for some special fields like names or headings to use the "normal" script (lateinische Schreibschrift) parallel to Kurrent for the remaining text. 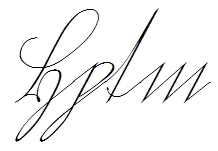 Could the first line be "Pfann Hptm"? Pfann is a surname, and Hptm is the abbreviation for Hauptmann (captain).

Not the answer you're looking for? Browse other questions tagged german-to-english handwriting or ask your own question.

11
What is the meaning of “Das wärmste Jäckchen ist das Cognac-chen”?
12
How different is German handwriting from American's?
5
What is “kulturelle Energetik”?
15
Blicke mir nicht in die Lieder
2
more handwriting help
5
Translation of a probably old German childrens verse “Soli, soli, soli…”
6
“Auskopplungen” in musical context
5
I'm translating a play and in the midst of it there is a German sentence I cannot understand