Why does "Krabben" mean shrimp?

I was in a pizza place in Bad Herrenalb (in Baden-Württemberg) the other day, and I ordered a pizza that included "Krabben". I like crab, so I ordered it, only to find that it came covered with shrimp.

My dictionary says that Krabbe means crab, and that Krabben is the plural. So how did I end up with a pizza full of shrimp instead?

Ok, the short guide to crustaceans seafood in Germany.

Unfortunately the usage of Krabben (crab/shrimp), Krebs (crab), Garnelen (shrimp) and so in German reduce biologists to tears. It is ambigous and often wrong from the view of biology.

Also the english equivalents of crab, crayfish, shrimps or lobster are not exactly 1:1 translateable because of different meanings. In German, e.g. Krebs is both used for zodiac sign, the illness and a specific kind of crustaceans.

This is what you get normally if you order "Krabben" or "Garnelen" on a pizza. It is widely used for literally everything as you can see in the German wikipedia page.). 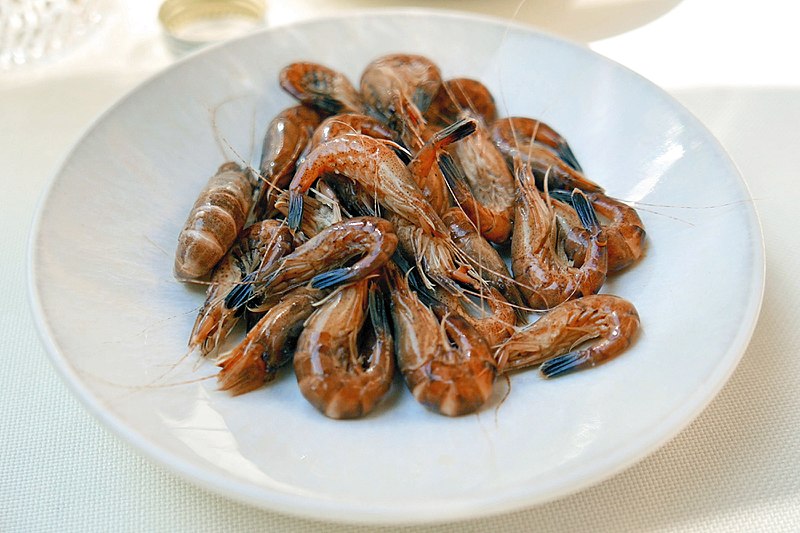 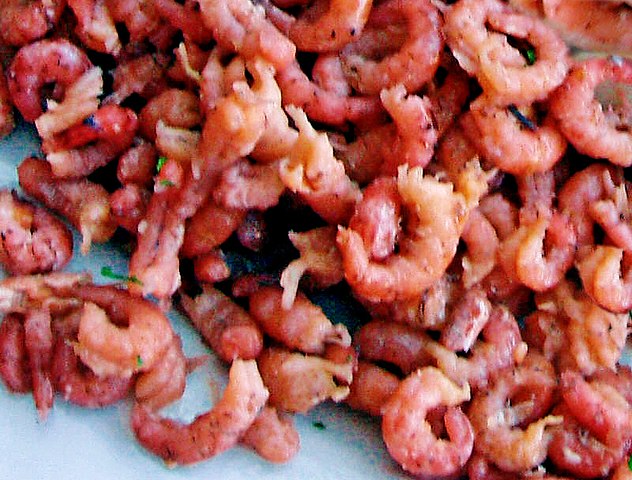 Germans use the Spanish word "Gambas" normally to describe big shrimps aka king prawns. It is very unspecified, only length counts, they should be at least 6cm long.

An alternative to the Nordsee-Garnele it is marketed as Black-Tiger Garnele/Shrimp (yes, the English is unchanged in Germany), it is also offered on pizza. In English giant tiger prawn or Asian-tiger shrimp. 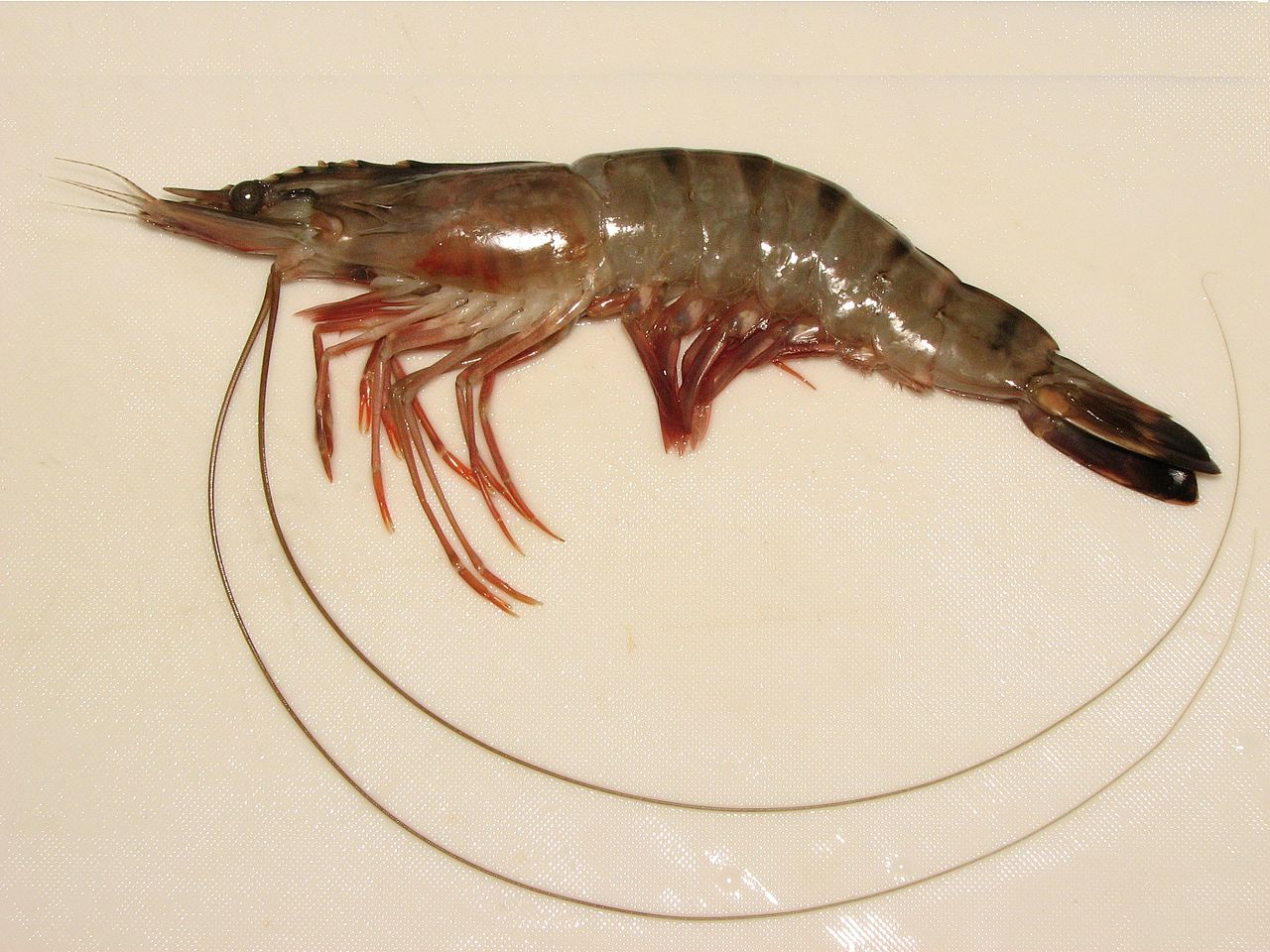 They are both known as "Scampi" or "Kaisergranat" (rare) in Germany.
Allegedly extremely delicious, they are shrimps which are found in luxury restaurants. There have been several incidences where restaurants in Hamburg have served cheaper shrimps despite being explicitly ordered Scampi. In English they are known as Scampi or Norway Lobster 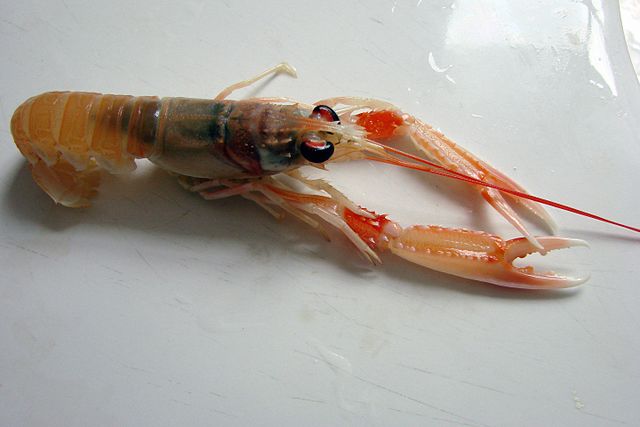 Despite being called a Krebs, it is actually a crab. This is the typical real crab fished in the North Sea, almost exclusively used for this purpose; the people on Heligoland call them "Knieper" (Pincher). It's very delicious and in Heligoland it is in fact used for pizza, the so-called "Knieper pizza" In English it is the brown crab. 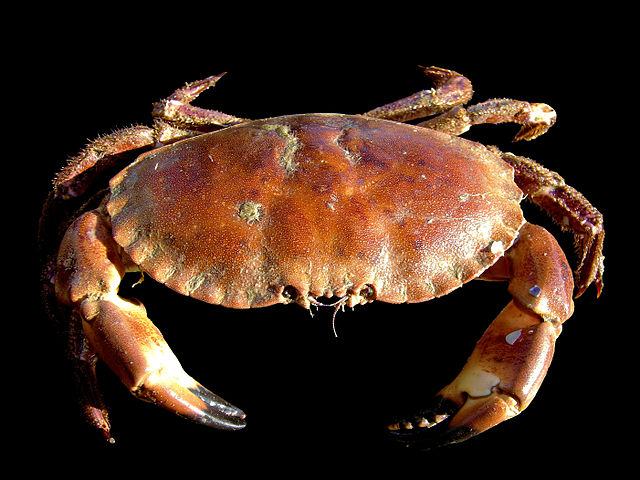 This is what Germans know as archetypical Krebs (crab). It you want Krebs, this is normally what you get (Because this crab is getting rare, another Astacus species, the Galizischer Sumpfkrebs (Astacus leptodactylus) from Eastern Europe is quite often used). 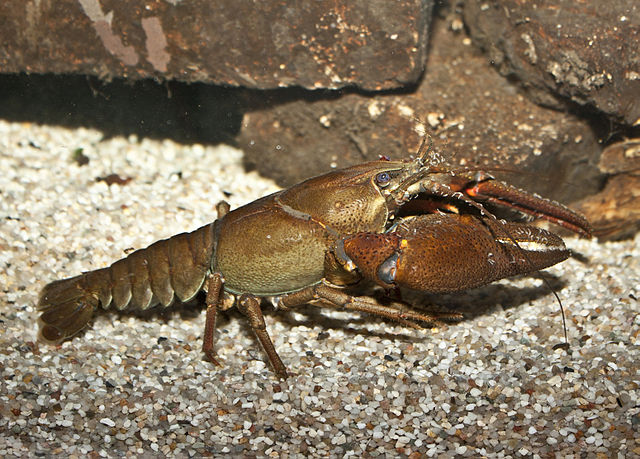 Like the Krebs, this is the archetype of a German Hummer (lobster). They are caught near Heligoland, but served everywhere in Germany. In English common lobster 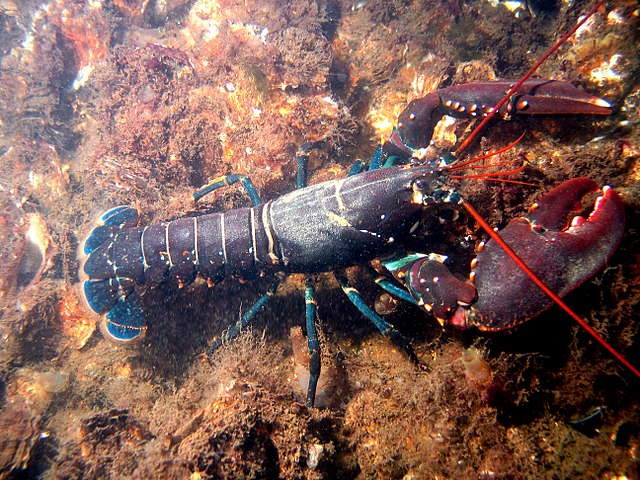 Sure it is possible in German to get it wrong the other way round: The Königskrabbe is in reality a Krebs. While not native in vicinity of Germany (it is bred in the Barents Sea in northern Scandinavia), it is still widely used in restaurants here. In English it is the red king crab. 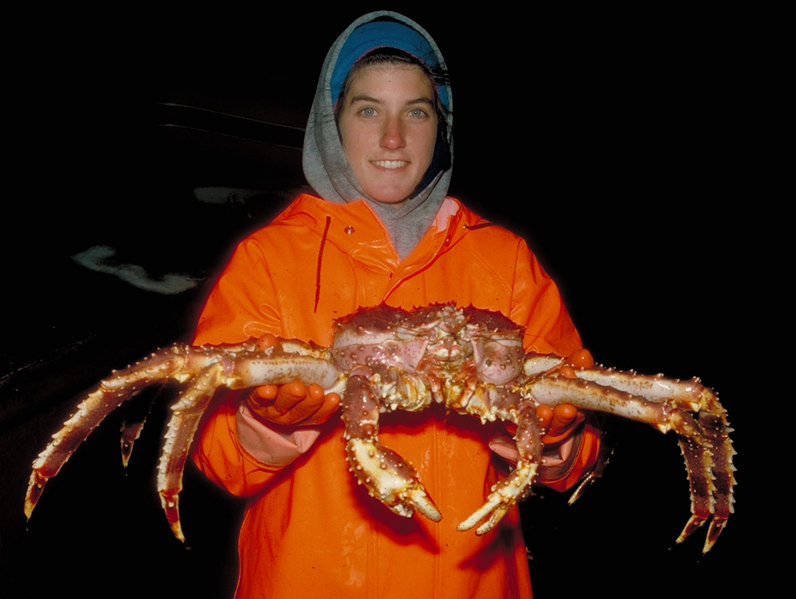 The archetypical Languste for Germans, it is mostly caught in the Mediterranean Sea. In English spiny lobster or red lobster. 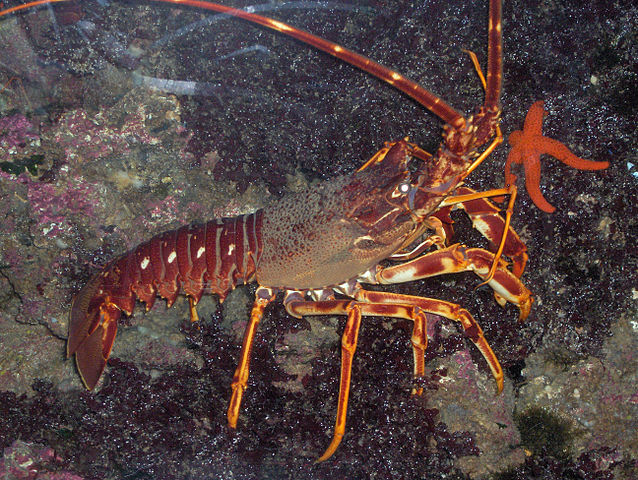 according to my dictionary, so all is well.

To a German, Krabben is equivalent to Nordsee-Krabben, which means shrimp. I have never seen any pizza come with crab (= Krebs) on it, actually.

Usually, what might be on it are either shrimp (Nordsee-Krabben, which you called sea bugs) or prawns - the latter, however, would be called Garnelen then.

As to your question why - the only valid answer is "because that's how it is".

In common language usage, a Krebs is a crab. Krabbe is another word used for crabs as well.

Now, in cuisine, Krabbe also refers to shrimp, which are actually named Garnelen

5
What does "kurzheinig" mean?
7
What does "selbst" mean?
4
What does "Eilgesetz" mean?
5
What does "Minütchen" mean?
9
What does Pustekuchen mean?
1
Program/ App: "Einstellungen", "Konfiguration", "Optionen" - difference?
9
What does »'ne« mean?
3
How did the word "Sinn" change in meaning from "interest" to "meaning/sense"?
8
Why does vormachen mean lying?