I cannot figure out what's meant by the following sentence: 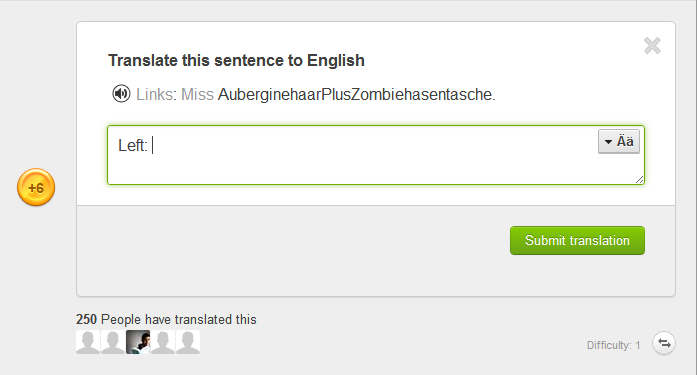 I failed to find "Miss" as a German word to make sense in that context: Miss

And about that long word (train), my mind recognizes "Haar", "Plus", "Zombie", "Hosentasche". So only "Aubergine" remains which must be a word too. dict suggest eggplant.

Putting them altogether, we get:

What does it mean?

I assume you've read that somewhere like this, probably with a picture nearby.

My best guess would be the following:

Is used to tell you which picture is meant. Often if there are several pictures on one page (for example in a magazin), the captions to the pictures will be in one place using "links, rechts, oben, unten" or a combination of those to tell which is the corresponding picture.

Probably refers to the common title of a beauty-queen.

Seems to be a noun–noun compound consisting of the following:

plus - plus or in this case with

So probably it is meant in a quite mean and sarcastic way, to describe an so beautiful person with weird hair and a curious bag.

Well thats what I would guess from the information given.

After using Google a bit I'm not very sure about the last part any more.

Aubergine could be in respect to the form of the hairs. It looks a bit like sliced aubergines.

But I can't find anything in that picture that would match a zombiehasentasche.

Edit: after Using Google some more, I know it is a reference to another blog entry of that site about a Women with red to aubergine-colored hair and a bag that had a zombie-rabbit printed on it, or something like that. 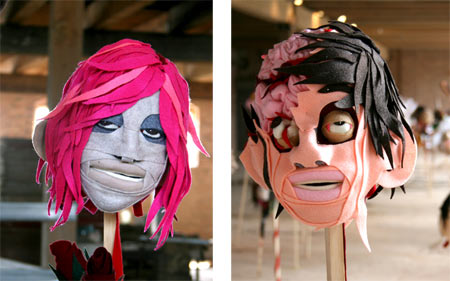 That strange word seems to be the result of some blog posts, written by a guy with an obvious predilection for zombies:

So, Lukas was completely right with his translation, but i thought it may be useful to add some context information...

EDIT: oh, sorry, some minutes too late - maybe nevertheless useful because of the links...