There is a place in Switzerland named "Bärefatt" which seems to be a swiss-german word built with "Bäre" (bear) and "Fatt". I can't find any translation for "Fatt", it looks like it could mean "paw" or "Tatze" in german. Is this translation correct? and what is etymology of "Fatt"?

Edit: if I say it could mean "paw" is because seen from above, this place looks like a huge bear left a clawprint or footprint in the mountain. "Fatt" could also mean "claw" or "Klaue" in german? 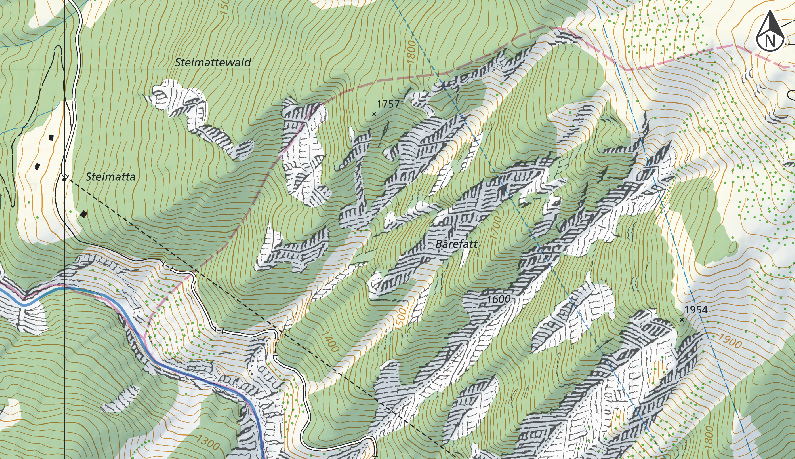 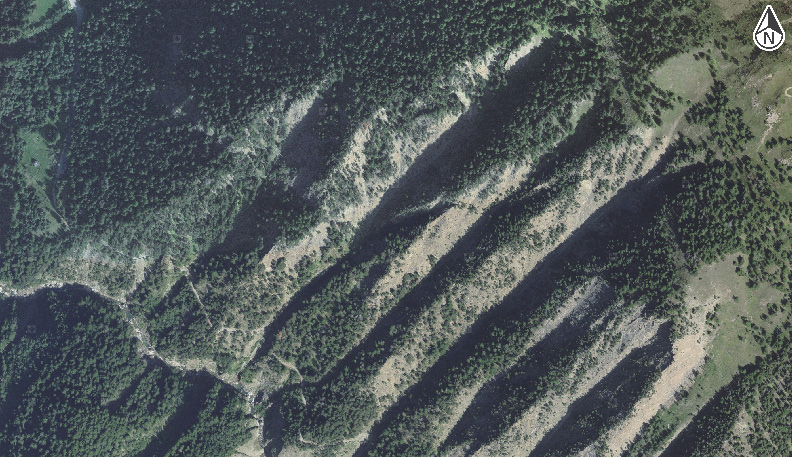 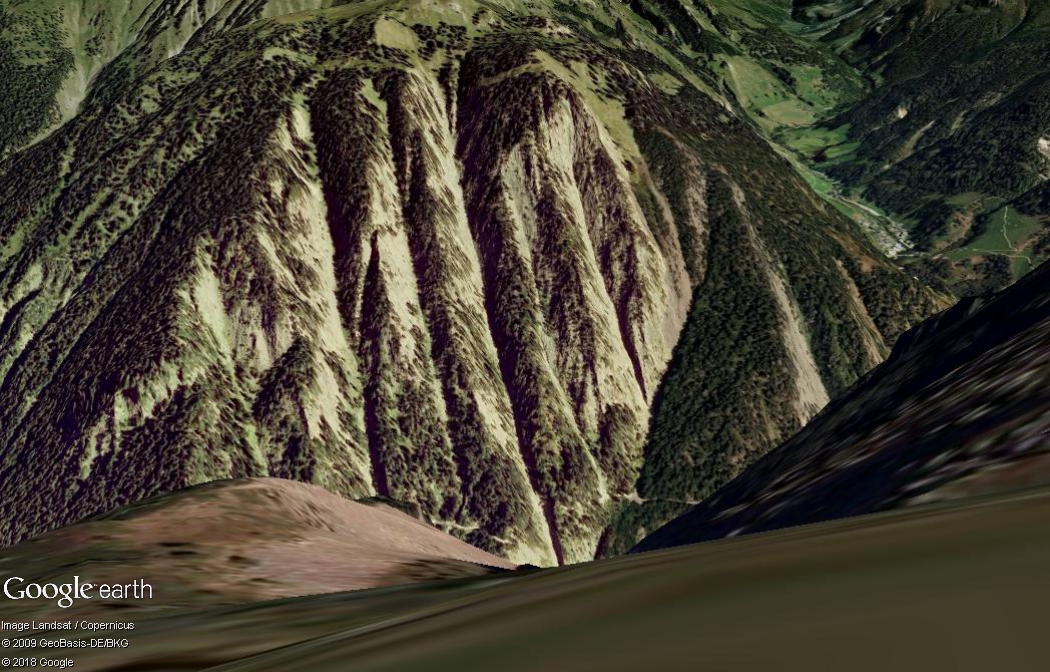 With Swiss German (Region Zurich) being my native language, I have never seen or heard the word "Fatt".

But the Swiss German dialect is split into a whole bunch of very different subdialects, so I can't say that this word doesn't exist with certainty.

However, I found 1 mention of the word with google:

According to this text, der Fatt means Terrasse / terrace. Unfortunately I can't help you with the etymology.

After another round of research I found that in some regions fatt means fade/fad (adj.) (EN: flavourless, stale, unsavoury), but it is neither near the region of Bärematt nor would it make sense to call a place that.

Supposed that the location got its name indeed from the shape of the terrain, which can be described as similar to a bear paw, the word in use here could be

But that's really only a wild guess (based on some familiarity with Schweizerdeutsch from living in a neighbouring area).

Anyway, leaving out the "p" before "f" and shortening long vowels are frequent phonetic transformations in German dialects.

Not the answer you're looking for? Browse other questions tagged translation swiss-german or ask your own question.

4
Word choice: "manuell" or "von Hand"?
4
How does one say "illustrated dictionary" in German?
1
What does "dass man sich ständig sieht" mean?
11
Meaning of German verb "anflicken"
3
To "count towards"
2
Equivalent of "phrase"?
6
Erzählt mir doch nich, dasset nich jeht!
3
What does "sich machen" mean?
3
Is it normal that the "ä" is pronounced this way in this word? (Swiss German)