What pronunciation is more influential, higher status or standard?

I was looking into different pronunciations, I saw there is a difference between regions within Germany and also with other German speaking countries, making me wonder which set of pronunciation rules (if the former doesn't apply) is more or less standard (higher status or more influence in popular culture), like the Standard American Accent in USA.

The answer would be an accent or pronunciation rules from a region that either has an official status by national laws or international agreement or is the most prevalent in German language media and communities everywhere. The answer also would be most likely considered "without accent" or a "neutral accent".

If you can make your question more specific, please do so.

(after editing of Question:)

Well, there is a widespread notion that Sächsisch as spoken in and around Meißen was considered the most refined form of spoken German, that later some other regional variant (perhaps as spoken in Prague) took its place, and that the standard German spoken by educated speakers in and around Hannover is setting the tone today. Coupled with this is the notion that this "Hannover standard German" is not really a dialect but a form of German marked by the absence of dialectal color (a notion that I admit to sharing).

I think the real history of how and why "standard German" was constructed and how it changed over time is more complex. Yesterday I tried to look for a good historical account on the Web but found none. (Suggestions welcome!) If you listen to old newsreels from the '40s and earlier, the standard German spoken by newsreaders sounds very different from what we hear today in major news broadcasts.

Why and how did a northern/northernish German pronunciation become the touchstone for "correct" or "good" spoken German? I think a lot may have had to do with the post-war years, when Germans looked to the British occupation forces and the BBC for guidance on matters of journalism. Germany's premier television newscast is the Tagesschau and it has had only five Senior Newsreaders since 1964. Of these, three -- Köpcke, Veigel and Hofer -- grew up in areas that later happened to be in the British zone of occupation. Berghoff is a Berliner, Brauner a refugee from Lower Silesia in the east. No Senior Newsreader at Tagesschau has ever come from a "southern" state (Hessen, Rheinland-Pfalz, Saarland, Baden-Württemberg, Bayern).

The longest-serving Tagesschau newsreader was Karl-Heinz Köpcke (started in 1959, Senior Newsreader from 1964 to 1987), a native of Hamburg. A modest, reserved man, he had great influence not only on the direction in which "standard German" -- which, as you may have gathered by now, is a constructed, "synthetic" language although its chief architect was "contingency" -- moved but also on the image of German "maleness".

A point that hasn't been mentioned yet is that when people speak Hochdeutsch, i.e., standard German, they don't necessarily sound like a Tagesschau newsreader. In fact, 99.99% of the time you can still hear quite clearly where they come from! The difference is that when speaking Hochdeutsch, they (try to) use only words found in dictionaries (excluding dialect words) and grammar as taught to them in school. Bavarians have never been shy about laying on their regional accent when speaking Hochdeutsch; Swabians, on the other hand, are a bit self-conscious about it. Recently they turned their embarrassment to their advantage when they chose the slogan "Wir können alles außer Hochdeutsch" for a regional marketing campaign.

Getting back to Hannover and vicinity, I don't necessarily agree that people there speak the "best" (or clearest, or whatever positive adjective you choose) German. People like Gerhard Schröder (German chancellor from 1998 to 2005), Frank-Walter Steinmeier (Foreign Minister from 2005 to 2009) or Sigmar Gabriel (chairman of Germany's Social Democratic Party) have so much macho metal in their voices, I'm surprised they don't run a steelmill on the side. I find this metallicity disagreeable to listen to.

The best German speaker I have ever heard was a co-worker of mine in a heavy-machinery moving company. This man, barely educated past tenth grade, spoke with a naturalness and clarity that I have not heard before or since. For what it's worth, he had grown up in Wuppertal, the largest city of the Bergisches Land, which is about halfway between Cologne and Dortmund.

Regarding the two other major German-speaking countries: Schweizerdeutsch (Schwyzerdüütsch) is not considered a dialect but a language in its own right. However, newsreaders on Swiss TV sound just like their counterparts on Tagesschau. In Austria, I believe that the most refined pronunciation is called "Schönbrunn-Deutsch" and to my untrained ear, some of their TV newsreaders seem to employ this very Austrian-sounding pronunciation. However, you'll have to ask a Swiss or an Austrian for reliable information on these details.

What this second quote illustrates is the contingency and artificiality of standard German pronunciation. Indeed, who the hell was Mr. Siebs to tell everyone how German should be pronounced "correctly"? There is no "objectively" correct pronunciation and there never has been. One may presume that there is a "de facto" correct pronununciation and that the synthetic standard German spoken by Mr. Jan Hofer, the current Senior Newsreader of Tagesschau, is its embodiment. It is an arbitrary choice but, given the influence traditionally exerted by Senior Newsreaders, a sensible one. (Does Hofer conclude "König" or "wahrhaftig" with an -ich or an -ik sound? I don't know, and it doesn't matter, because both choices are widespread and therefore acceptable standard German pronunciation -- regardless of what some silly book says.)

For a learner of German residing abroad, there are few opportunities to hear people speak standard German in daily intercourse, so as mentioned previously, there are the Deutsche Welle and other news broadcasts, cultural "magazine" shows on radio, practice tapes in the language lab, pop songs, etc. etc. More than 99 percent of the time, the speakers are using standard German pronunciation, albeit with minor regional coloration and with a few idiosyncrasies. The question of "which German dialect is closest to standard German" is a bit of a red herring, as you won't know where somebody heard on the radio grew up. In any case, as I've tried to show above, the local language spoken by people in and around Hannover, while indeed generally thought to be closest to "standard German pronunciation", isn't necessarily the most pleasant-sounding.

In Germany it's the German spoken in Hannover and Braunschweig that is traditionally said to be closest to what written German is supposed to be pronounced. It is, however, not some 'native Hannover dialect' which makes it that way, but the absence of local dialects that were spoken there in earlier centuries.

Programme presenters of all nationwide public broadcasters (the ARD network, ZDF, Deutschlandradio, Deutsche Welle) use standard German pronunciation, which doesn't mean that they may not have some slight accent, especially in southern Germany. News presenters of the Tagesschau news program (produced in Hamburg) are a classic example of highly dialect/accent-free pronunciation.

Quite influential since the 19th century has been the book ‘Deutsche Bühnenaussprache’ by Theodor Siebs (1862–1942), a linguist born in Bremen (north-west Germany). This guideline was once created for the training of stage actors, later also for radio presenters. It was retitled ‘Deutsche Aussprache’ – an older edition is available for preview in Google Books. I believe it is still used in the training of radio and tv presenters, although other resources are used as well, e.g. the ‘Aussprachewörterbuch’ published by the Duden Verlag. The idea behind ‘Deutsche Bühnenaussprache’ was that works of ‘high culture’ (Goethe, Schiller, etc.) should be recited not only in a clear and well audible way, but also free of local dialect/accent … 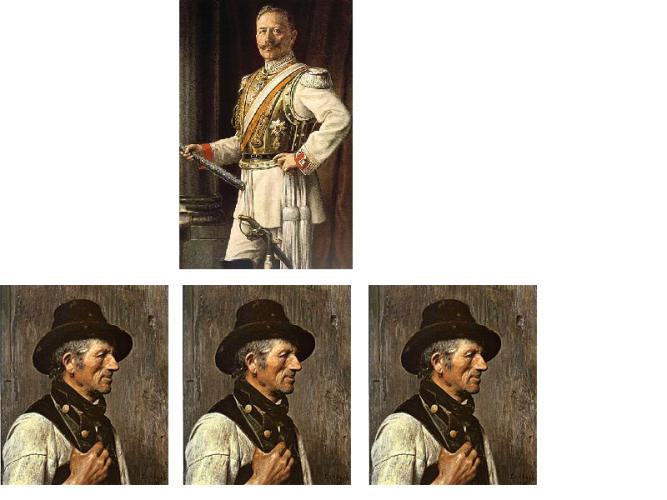 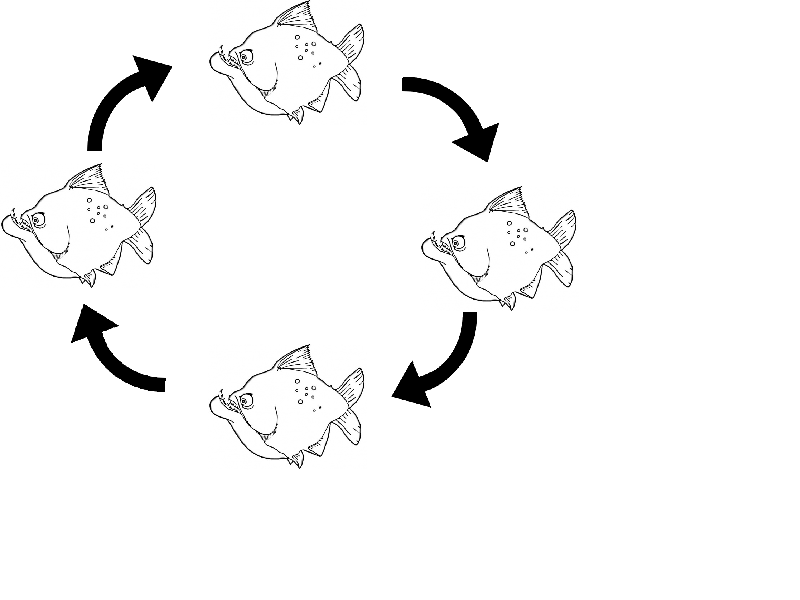 Recent events compel me to amplify on my earlier Answer to this Question. Implicit in the Question was the notion that one variant of spoken German can be accorded pride of place over the others, like a king lording it over the peasants (see Fig. 1 above). This, of course, is an oversimplification; at the same time, every day brings painful reminders to southern and eastern Germans that the northern stranglehold over so-called standard German (as interpreted by major broadcasters) is not about to end soon.

A recent reminder came a few weeks ago when talkshow host Frank Plasberg, a native of North Rhine-Westphalia, told a Bavarian guest point-blank (DE) that while his dialect was "fetching", he should speak standard German for the benefit of viewers. In fact, the guest was already speaking standard German, albeit with Bavarian coloration, characterized by a rumbling "r" and lower-pitched vowels. This was just one example of many such humiliations, another being the result of a survey conducted in the northern-central city of Wuppertal, according to which residents firmly believe that southerners are simply incapable of speaking standard German.

However, southerners are fighting back using all means at their disposal, countering linguistic might with economic punch. As the "wealth gap" between laggardly northern regions and the economic powerhouses in the south grows wider, Swabians and Bavarians relish walking into a Bremen or Berlin realtor's office and paying cash on the nail for an apartment or single-family home. Last week's swabophobic outburst by Bundestag vice-president Wolfgang Thierse was not the only sign that gentrification due to the influx from the south is getting under locals' skin. Berliners, of course, have never been shy to set newcomers in their place. As one aborigine in the comments to the above-linked article in TheLocal.de charmingly puts it,

HERE'S A LIST OF THINGS THAT SWABIANS SHOULD NOT BRING TO BERLIN:

-- politeness. In Berlin, you get Schnauze and you like it! No Southwest German politeness.

-- cleanliness and respect for civic order. In Berlin, we let our dogs s**t on the sidewalk, and it's not our problem. We like having the dirtiest city in Germany.

A note of desperation is creeping into the characteristic swagger, however. Already spraypainted slogans calling for Swabians to be deported, or worse, are appearing on Berlin walls. And while the burghers of Hamburg, media capital of Germany, still feel relatively safe, they worry about sharing the fate of Berliners and succumbing to the southern economic juggernaut.

This love-hate relationship between Swabians and Berliners is but one of many battles on the domestic language front. The ancient enmity between Badeners and Swabians is temporarily on hold as they close ranks against the Prussian brutes but will soon erupt again. In Germany's language wars, it is region against region, town versus gown, and hamlet against hamlet. Hence in my opinion the Hobbesian vision of a piranha-eats-piranha world shown in Fig. 2 may be more fitting than the picture of a linguistic landscape featuring unquestioned dominance of one particular strain of standard German.

Not the answer you're looking for? Browse other questions tagged pronunciation regional culture accent or ask your own question.

52
How is the ending -ig pronounced, and where?
22
Is there an equivalent prestige dialect of German in the same way Received Pronunciation is to English? If so, how did it come about?
4
What is “Hochdeutsch”? Which dialect should I learn?
-1
Deutsche Mundart die mit Macht / Ehre assoziiert wird?