Bast sounds to me like a natural textile thing. Rohr is a tube, or rather a cane. So it’s that grassy stuff that you use to make baskets.

Wiktionary has a good etymology for "bast":

This is a Latin fascis: 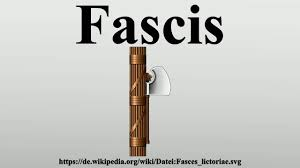 People often say that it’s a bundle of sticks, but I would say it’s more like reed (Riet in German). Hollow, quite flexible tubes that are actually hard to break; they bend but do not break. And if you bundle them, they don’t even bend any more, that makes the image of fascis for fascism even more powerful for a collectivist statist ideology. Digressing a little, but it’s to illuminate the full spectrum of why I intuitively thought of Bast as a textile rather than a stick.

And Rohr is just emphasizing that its a reed, or in German a Halm; think of Strohalm for drinking straw.