How to write graph coordinates in German?

In English, graphical coordinates are given as (x, y). Since ',' represents the decimal separator in German, is some other punctuation used to prevent confusion?

I think you are referring to the normal Cartesian coordinate system. In this case, the coordinates are usually separated by "|" (senkrechter Strich - vertical bar/Pipe) or ";" (Semikolon - semicolon).

Note: It can also happen that a comma is used as a separator. (Usually if there is no risk of confusion, for example when listing variables.) In this case the problem you mentioned with confusion as a decimal point can occur.

I checked my old records and in fact all three variants are used. The (x | y) notation was usually used in school. The other two were used at the university. (x, y) for integer values. (x; y) for floating point numbers. But I think at least one professor used the (x | y) option, at least in the introductory lessons.

Here is a picture from my schoolbook from 2006 using the vertical line as a separator to avoid a clash with decimal separators: 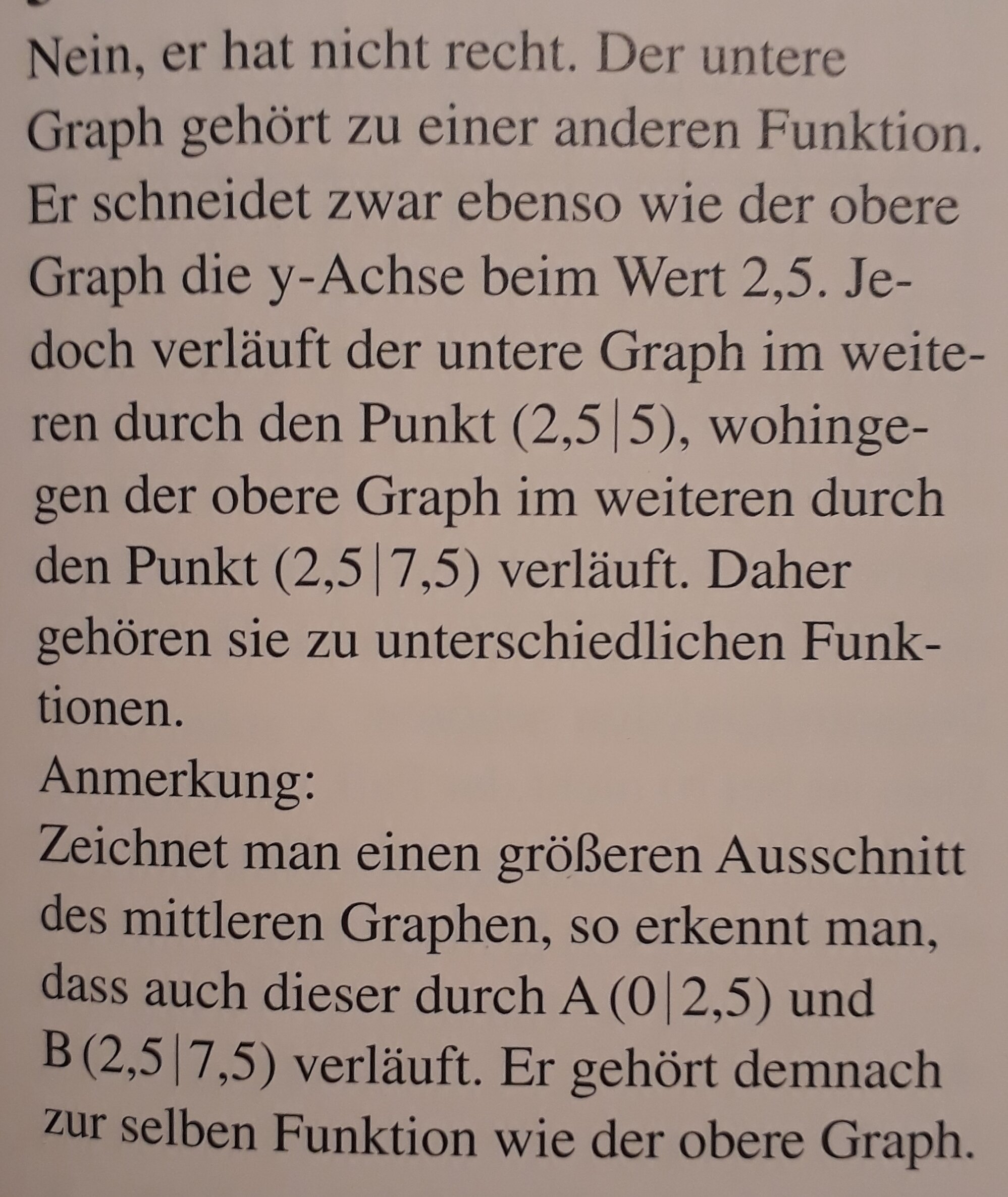 And just to prove that this is not outdated notation, here is a screenshot from a 2020 schoolbook I found online:

Taking a look at wikipedia, you will find the same sign: a comma. Thus these examples live without any real numbers, this is sufficient and does not help in your question.

In education this is especially common for explantations as long as I write with variables (x,y) or I'm in a system with integers only (good for beginners): (2,3)

Other given options are the vertical bar: (2|3). (uncommon to me, never seen as coordinates before)

In school I used for non-integers a semicolon (2,3;3,4) to avoid (2,3,3,4) - as this implicates a four-dimensional integer value. Adding spaces (2,3, 3,4) might help in digital writing and still leaves room for misinterpretation. Handwriting has the additional flaw that a space comes with different lengthes thus hard to detect. And I used a comma for any formulas with variables, because that was quicker.

This is a very interesting question because for all abstract purposes the standard notation is to use a comma. As long as no concrete numbers are involved and one deals with variables, one definitely says that a point in the plane has (Cartesian) coordinates (x,y). Of course one could use any other separator instead of a comma, but that would be highly unusual and does almost never occur in the professional literature (mathematics, physics, engineering sciences, ...).

The notation (x|y) could be useful and is in fact often used in school mathematics, especially in geometry. But I have never seen it outside school, hence I would not recommend to use it.

Sometimes the coordinates are written in a vertical arrangement (i.e. in the form of "column vectors"). Here is an example with three coordinates: 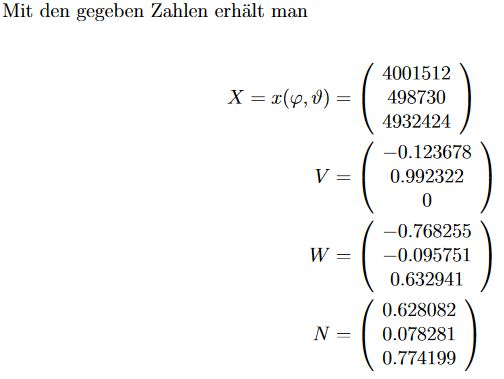 You can see the difference between between the abstract mathematical level where (φ,θ) denote two coordinates on the earth's surface (given by the degrees of longitude and latitude) and the concrete level of decimal numbers.

There is no cure-all, in practical applications involving decimal numbers I suggest to use a semicolon as a separator and to explain explicitly its purpose.

By the way, a similar notational problem can also occur if a point is used as decimal separator because in that case often a comma is used for digit grouping. An example is (2,419.6, 41,964,301). Of course, the use of digit grouping can be avoided, but then clarity may suffer.

This is why I suggest to use a semicolon as a separator, and one should insert a space after it.

The standard notation for this in German, English, Russian and many other languages is to use a comma. See as one of many possible examples the image taken from a page in the textbook Algebraische Geometrie by Markus Brodmann. 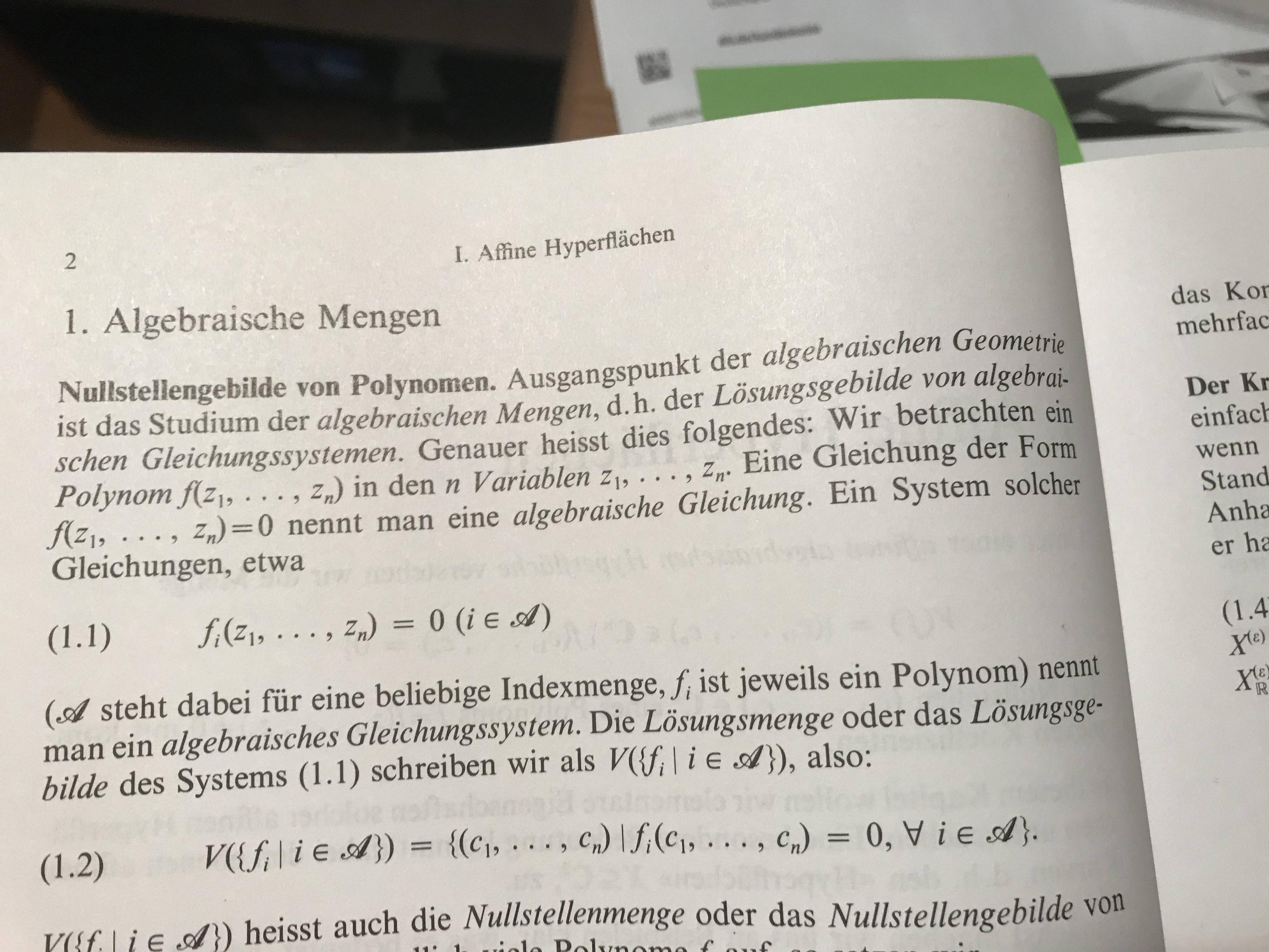 In order to adress Shegit Brahm´s comment I have added two more images of the same book. 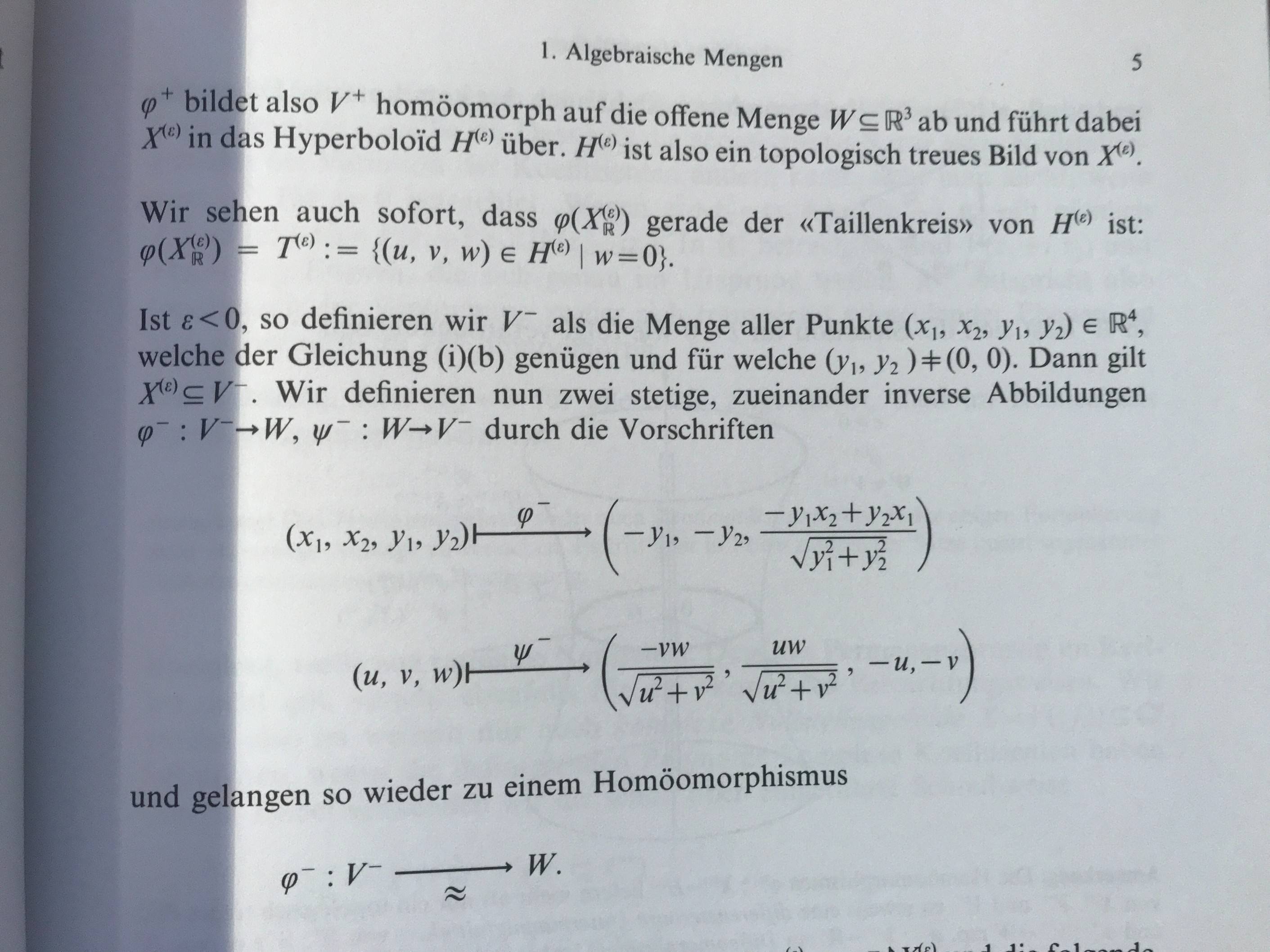 Note lines 5 and 6 where real numbers are used. 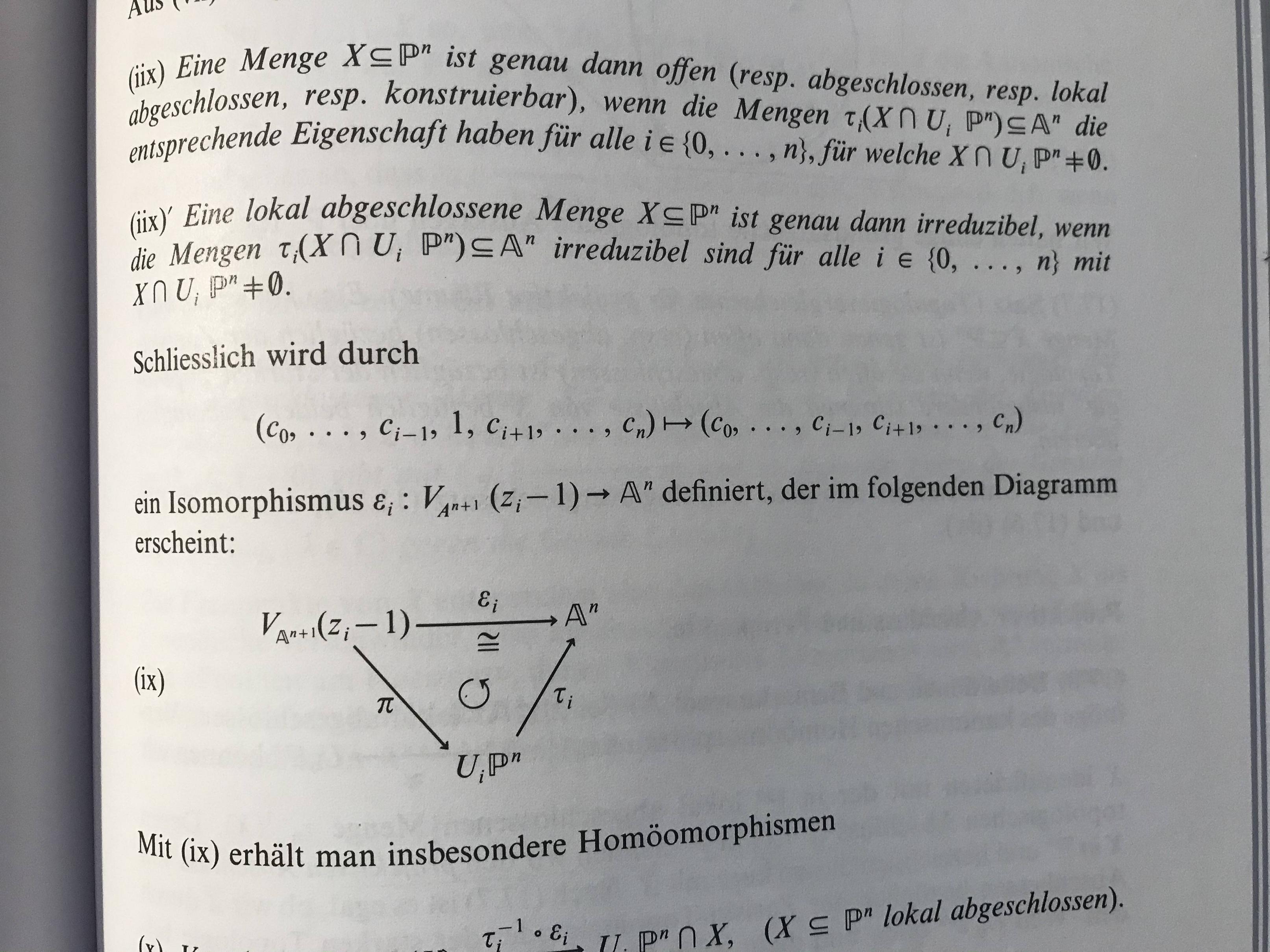 Look at the formula after Schließlich wird durch ....

Not the answer you're looking for? Browse other questions tagged mathematics or ask your own question.

9
How are probabilities written in German?
3
In Germany, commas are used as decimal separators in numbers. So what character is used when two different numbers have to be separated?

6
How to read mathematical "union" in German
5
How to read "modulo" (Math) in German? About the preposition it induces
3
Logic structure versus grammar rules
14
How to read in German these mathematical symbols (f′,f″,f‴,∘,ã ,â,...)?
2
Entscheidungsproblem and Unvollständigkeitssatz
3
Stochastic: Why are permutations (nPr) called variations in German?
2
informal gesprochen vs. informell gesprochen
9
How are probabilities written in German?
8
Translation of "for some" as existential quantifier