Why are Heffalumps and Woozles immune to colds?

I haven't studied German much since high school, but I do enjoy listening to German music and songs that have been translated into German. One of the songs I listened to in a recent youtube binge was "Heffalumps und Wusels," the German version of the "Heffalumps and Woozels" song from Winnie the Pooh and the Blustery Day.

Partway through the song, when the English version says that the creatures in question "tie themselves in horrible knots," the German version says "Sie sind auch gegen Schnupfen immun!" 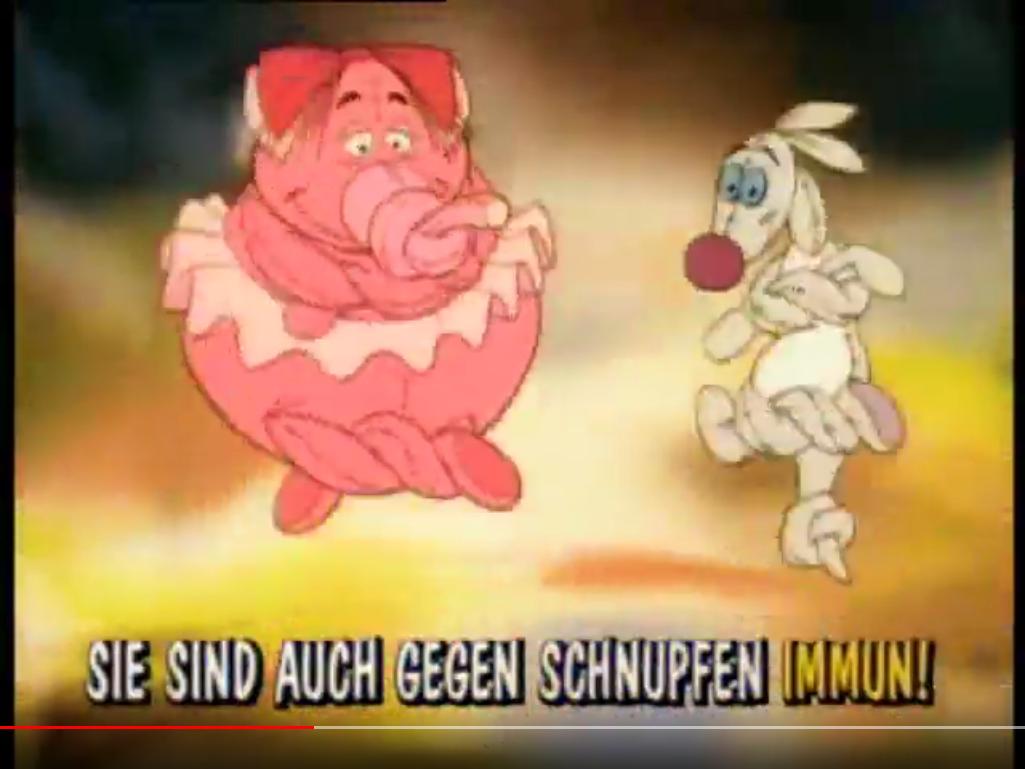 Google translate dictated that it meant that Heffalumps and Woozles were immune to colds, which seems like a bizarre change from the original lyric and completely unrelated to the image. Further research tells me that "Schnupfen" can refer to the symptoms of colds, rather than the cold itself. Certainly tying one's trunk/nose in a knot would make you immune to sniffling, but that would seem to leave the woozle out completely.

So is there some German relation of colds to knots I don't know? Or is this just a fun nonsequitur to make Heffalumps even more uncanny and to fit the meter?

My suggestion would be that it's because the elephant's trunk is tied up. No access for germs!

Not the answer you're looking for? Browse other questions tagged meaning-in-context lyrics or ask your own question.

1
“Willst du bis zum Tod, der scheidet, sie lieben auch in schlechten Tagen?” – why is “lieben” an infinitive?
6
Different ways to say “are you ready?”
2
Why does this song use “find ich dich” instead “ich find dich”?
18
Why the frequent use of “Bad” in German place names (and does it mean something different than “bath”)?
8
I would say: "You are another teacher", but she is a woman and I am a man
0
What is the translation for this song and maybe the name of the song
1
Rücksicht and Stellung
1
Does this German song imply that the Germans fear the English national football team?
14
Meaning of 'eben' and how to properly use and contextualize it