Zurich, [date] UNT. What does UNT stand for? 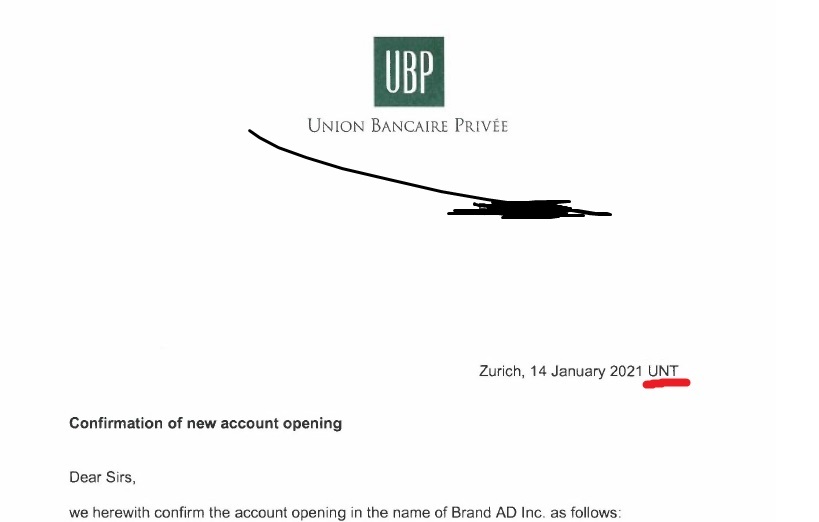 This is a bank document. The context is clear, and the main interest here is an UNT abbreviation. I suppose it is something to do with a Zurich geography, i.e. region, district or else.

The only abbreviations commonly set behind the date is the Diktatzeichen (dictation code). It shows which employee has drafted and/or typed the letter.

Official letters often aren't written by the signee him-/herself, but drafted by a clerk and/or typed by a secretary. In that cases, both usually put a shorthand on it, e.g. their initials, where necessary separated by a hyphen.

In this case, the letter may have been issued by the employee UNT, or it stands for a whole department that sends standard letters.

Not the answer you're looking for? Browse other questions tagged abbreviations or ask your own question.