dialect pronunciation
Share
Improve this question
asked May 31, 2011 at 10:19 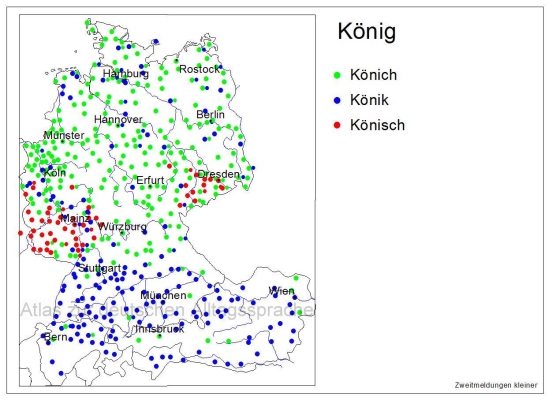 Not the answer you're looking for? Browse other questions tagged dialect pronunciation or ask your own question.

15
How do you pronounce the "g" in "Heiligtum"?
2
How to pronounce langweilig?
1
What is the "correct" way of pronouncing - ig and the end of the word
1
pronunciation of the -ig suffix as [ɪç] or [ɪk], is it regional?
2
What is the correct pronunciation
2
Sind Unterschiede in der Aussprache des letzten Lautes in „Honig“ und „Teig“ regional bedingt?
0
Correct pronunciation of number words ending in -g? Such as "zwanzig"
18
Why are “vier” and the beginning of “vierzehn” not pronounced the same?
7
What pronunciation is more influential, higher status or standard?
5
How do you pronounce 'igt' in words like 'bestätigt'?
See more linked questions