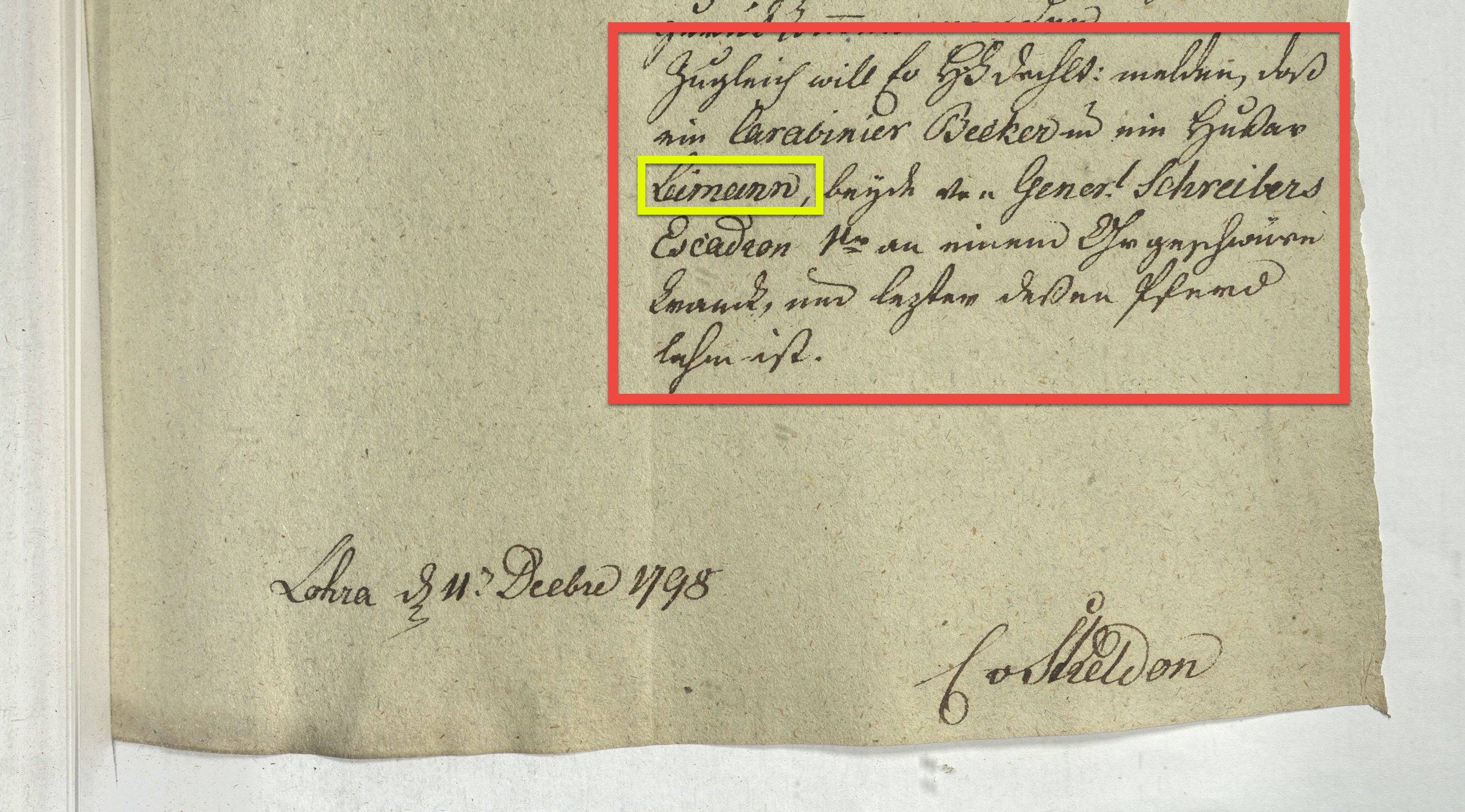 My ancestor was a Hessen Hussar in 1798 with General Major Schreiber's Hussar Squadron. I would like help in getting what I outlined in red on the following documents 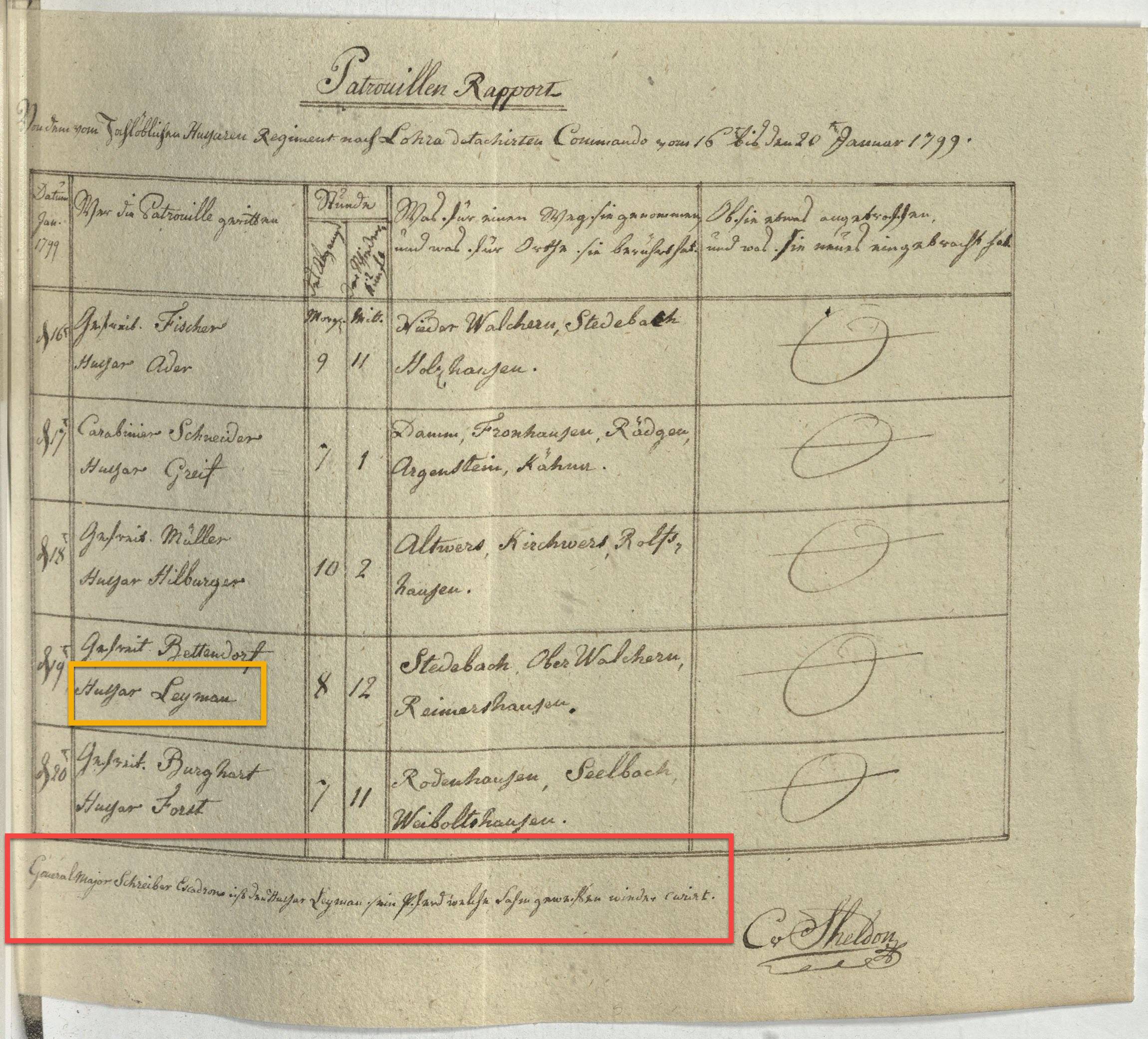 "Ew. Hhdurchl." is a form of address used for a ruler and can be broken down to "Euer Hochdurchlaucht" or "Your (Most) Serene Highness".

I am unsure about the words or signs right before and after "Gener:l Schreibers Escadron". The two vertical strokes may indicate omission and point back to something mentioned above ("said General" / "said squadron"). Please note that my translation "from said" is conjectural. The former is, I believe, the word "von" (with a small space left between "vo" and "n"). The (likely) abbreviation after "Escadron" might be a numeral, written in Latin according to tradition. I conjecture "1mo".

I also report to Your Most Serene Highness that a carabinier named Becker and a hussar named Leimann, both from the <1st?> squadron of General Schreiber, fell ill with an abscess to one ear, and the latter's horse is lame.

The last line of the second report, written on or after 20 January 1799 (it is a record of patrols conducted around Lohra between 16 and 20 January), remarks that

Reading the word after "Escadron" as "ist", it translates to:

(Thanks to @SebastianRedl for the pointer on how to interpret "ist ... curiert".)

Note the inconsistent spelling of your ancestor's name in the documents, arguably written by two distinct hands (likely two different secretaries or amanuenses): Leimann vs. Leyman.

This is a tough question. I address the first picture:

Translating to: At the same time [name] wants to report, that carabine rifleman Beeker and husar Leimann, both in General Schreibers squadron, are both sick with [] and the latters horse is lame.