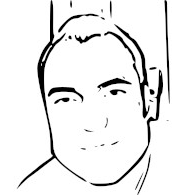 I started developing Notes apps in 1994 (R 3.2, i.e. Forms / Views / @Functions only). Early 1997 I joined edcom GmbH (an IBM Business Partner based in Munich, Germany, and to the day my current employer) as consultant, developer and professional trainer primarily for Lotus Notes / Domino, including rather exotic side-kicks like Domino.Doc, Lotus Workflow, LEI, DECS, Quickr, the iNotes API etc. I started playing with Xpages late 2008 with the early betas of Domino 8.5. In 2009 I developed a set of Xpages developer courses (back then there weren't any official courses available from IBM), and since then I trained hundreds of Domino and Web developers in the art of Xpages and Domino development.

Other than that I'm covering most of the other topics that came (and went) in and around the Lotus Domino family (see above), both in development and tech support for our customers. In recent years I also started looking into Domino administration incl. Directory sync through TDI etc. Not really my main expertise, though, there's still a lot to learn

Among the programming languages and architectures I'm covering are the usual suspects like LotusScript/VisualBasic/VBA, @Functions, Java, JavaScript (many flavours), XML/DXL, XSL(T), CSS, HTML ...

In the spare time that's left I love being with my family. Outdoor activities like cycling and hiking in summer, as well as the occasional skiing trips in winter are growing more and more important for me. Not to forget that I'm supporting the (sometimes) glorious FC Bayern Muenchen soccer team. Music in almost any form, however, is my true passion, both listening to it and playing my own stuff (bass, acoustic guitar and singing).