I have this sentence that I think is wrong:

Isn't the verb "sein" supposed to come at the end of the sentence like this?

Here is the page from the book Learn German with short stories: Café in Berlin by Andre Klein 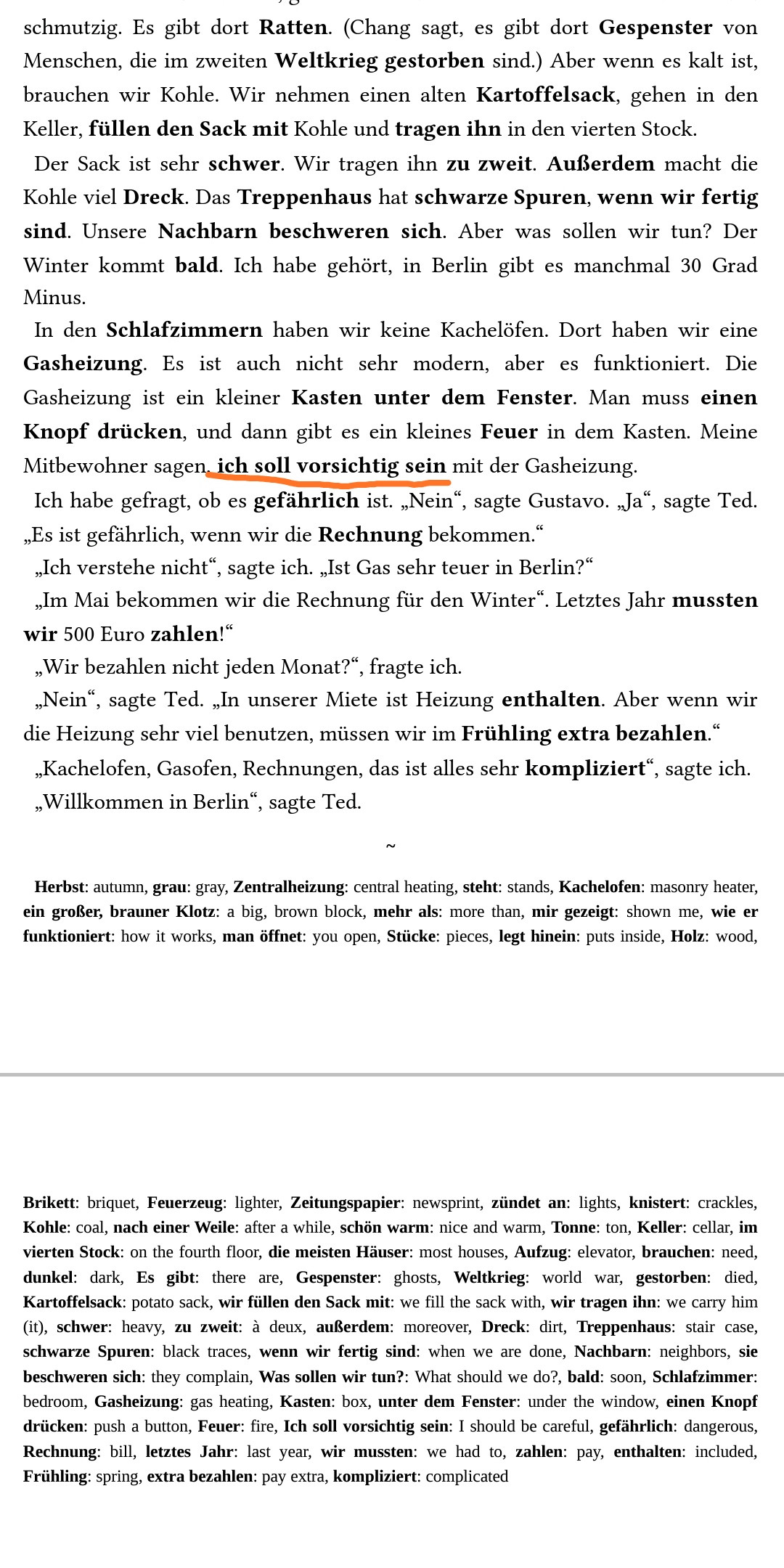 This usually happens with parts of the sentence introduced by a preposition, like in your example.

This page discusses this phenomenon and lists other examples.

Both are theoretically correct. Although it is usual to have the verb there as the final part of the sentence, it is reasonably common to have certain words after the 'verbal bracket'. This is called Ausklammerung.

Prepositional objects (e.g. mit der Gasheizung) are quite often put at the end of the 'verbal bracket'.

I think with prepositional objects of adjectives it is more common to have them in the verbal bracket, but it is by no means uncommon. It is more common in less formal contexts, but will still appear to some degree in more formal writing.

I am not a native so I do not feel confident enough to state exactly how common it is or exactly how informal, but I can tell you it is grammatically correct for the reasons stated above. Ausklammerung is more common with longer phrases to avoid 'overstretching' the verbal bracket.

Not the answer you're looking for? Browse other questions tagged word-order or ask your own question.

4
Warum ist das zweite Verb nicht am Ende?
2
Is it ok to put the adverb at the end of the sentence right after the second verb?